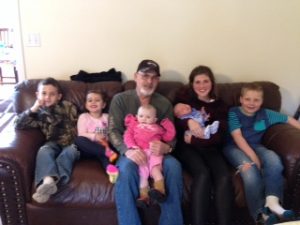 Van was born in Winston-Salem, NC- February 13 1955. He began playing in the Moravian Band 61 years ago and has directed the Advent-Hopewell Moravian Band for 43 years. Van has also directed choirs for 18 years, played in numerous bands and wind ensembles, a solo trumpetist for weddings, choir anthems and cantatas and other church events, a member of two Old Salem costume bands, and worked for 48 years as an HVAC sheet metal layout man and fabricator.Van has been married to the love of his life Teresa Black Krause for almost 46 years. They have one son Kevin and a daughter Krystal and celebrate seven Grandchildren. The oldest just turned 21 in February and the youngest was 5 in January. The other five are-14, 13, 9, 7 and 6. All of their names start with the letter “K”.

One can find Van often leading band preludes before worship or playing his trumpet to accentuate a congregational hymn!

“I learned at an early age that music stirs the soul. When the Lord calls we need to listen. He will continually restore Joy in your heart. My joy comes through music and I can only hope to convey that to others that enjoy playing and singing. Fairview has been friendly and welcoming since I began directing the band in January of 2017. We would love to have you join us in the Fairview Band.”
Praise the Lord with music! 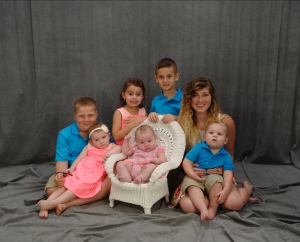