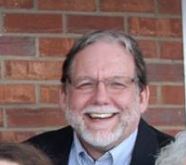 Rev. Coppage is a graduate of Southeastern Baptist Theological Seminary.  He received a B.A. and a M.A. in Religion from Wake Forest University and took post-graduate courses at Lancaster Theological Seminary  and Moravian Seminary in Pennsylvania.  He and his wife, Ann have been married 34 years.  Ann was a founding partner with Trinity Center, an ecumenical center for counseling, spiritual formation, and education. Currently, she works part-time doing individual and couples counseling at Full-Life Counseling.  Jeff and Ann have two grown children, Jonathan and Julianna.